Greene County Hospital, located in Eutaw, Alabama, is progressing towards providing optimal medical care to the citizens and communities of Greene County and surrounding areas. The hospital is a licensed 20-bed facility striving to offer first-class medical care with limited waiting time in their emergency department (ED).

In 2019, Matt Mendez and Lindsay Corcoran, consultants with Stroudwater Associates, worked with Greene County Hospital through the Small Rural Hospital Transition (SRHT) project on a Financial and Operational Assessment (FOA).

In November 2019, Marcia Pugh, DNP, CEO of Greene County Hospital (GCH) shared the ways in which they are implementing the recommendations, highlighting their achievement of opening their newly renovated ED in October 2019. GCH’s first patient seen upon its opening in 1961, Ollie Braggs, received the honor to cut the ribbon on the new area. 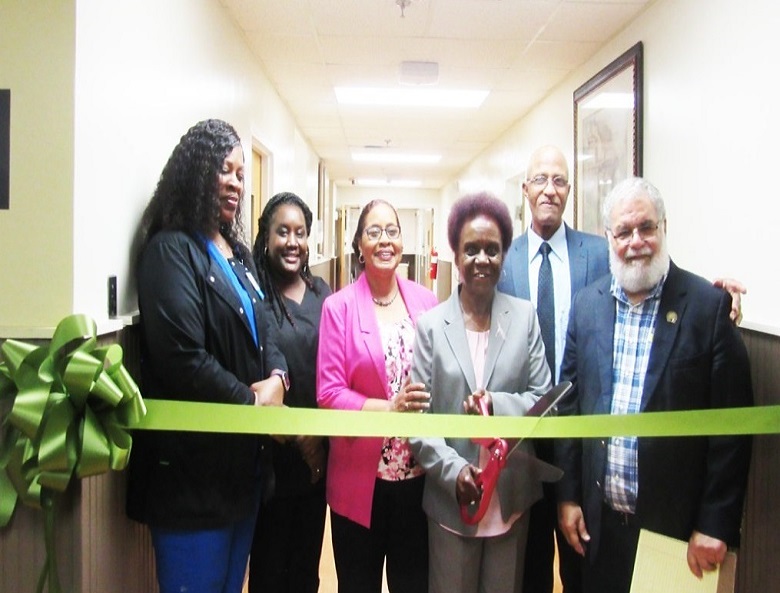 GCH improved their ED flow, configuration, and experience entirely. As a licensed 20-bed hospital, GCH takes pride in knowing they are entirely equipped to stabilize a patient in any case of an accident, stroke, heart attack, or other injury. Updates to the ED include, but are not limited to:

GCH has proudly received multiple comments from patients on their improved level of comfortability and relaxed environments.

Aside from their newly renovated ED, GCH has made impressive strides to implement performance improvement recommendations made by their consultants just six months prior.

Dr. Pugh’s tenure as CEO began in December 2017. This project afforded the GCH team the ability to develop relationships and hone their teamwork skills. Dr. Pugh says, “It has been delightful to recognize the impact this project has had on GCH, its culture, and the community as a whole.” Managers are highly engaged in the business end of their departments; the relationship between the community and hospital has improved and community agencies are donating goods and funds for different GCH projects. Ultimately, this project has brought entities together, breaking down the silos between hospital departments.

When asked about ways this project is helping GCH move forward in transitioning to a value-based system and preparing for population health, Dr. Pugh states, “We have begun to post on Hospital Compare, a consumer-oriented website that provides information on how well hospitals provide recommended care to their patients; ultimately, helping consumers make informed decisions about where to go for health care. Staff also recognizes their role to impact value.”