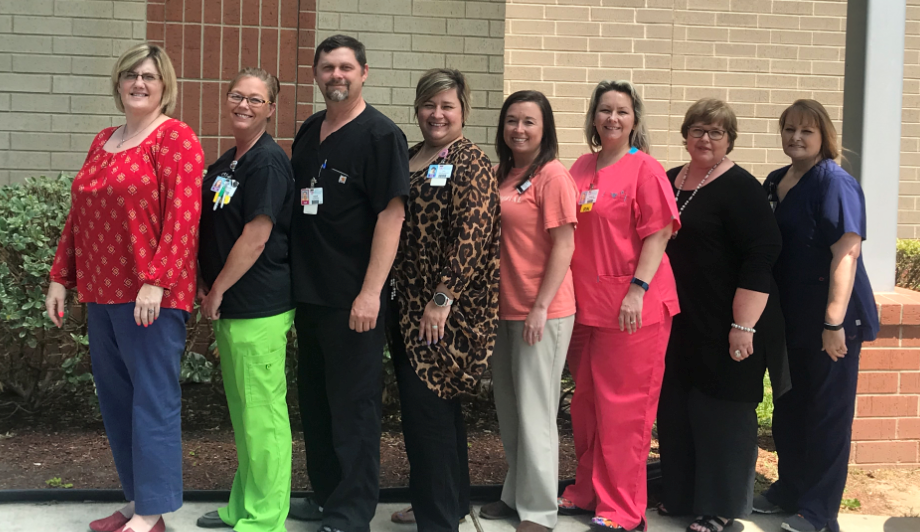 DMH was spotlighted in November 2017 for their six-month post-project progress. Just six months later, they have met two of their three measurable goals and are so close to meeting the third goal!

Center staff recently spoke with Ashley Anthony, CEO and Anita McTigrit, Director of Quality about their continued implementation of the consultant recommendations. They shared about the continued focus on strategies discussed in the November spotlight, including the establishment of leadership rounding and patient satisfaction committee, better preparation of the patient to transition home, streamlining clinic operations, increased attention to data and the implementation of a chronic care management program.

Anthony and McTigrit elaborated on the creation of the patient satisfaction committee or “SEAL” (Service excellence advisor leaders). This team which includes staff from a variety of departments, closely reviews patient experience surveys to identify initiatives. Utilizing HCAHPS scores, they choose one or two issues for their focus. Rather than imposing time limits for how long they will focus on an issue, they keep the time frame open-ended so that they can work on it as long as is needed. This allows the team to dive deeper into cause and effect while uncovering layers of issues that can impact one piece of a patient experience.  An example of this deeper dive is illustrated in the SEAL team focus on improving discharge. The team originally focused on rolling out the consistent use of discharge binders. As different disciplines meet with the patient, all education information including test results, home care instructions, medication lists and upcoming appointments is in one place. Patients are encouraged to take their binder with them to their provider appointment. As DMH completes follow-up calls post discharge and in addition to the usual discharge follow up questions, they specifically ask about how the patient has used their binder, whether it was helpful and whether they would like help connecting to the patient portal. Clinic and home health care have reported the binder has proven to be very helpful to them as well and is positively impacting continuity of care.

Even with HCAHPS scores for discharge at 100%, the SEAL team determined there are still areas for improvement. They are currently exploring ways to condense discharge information. This will ensure that the patient is not overwhelmed and then doesn’t pay attention to the most essential information. Knowing that taking new medications can be daunting and confusing for some patients, the SEAL team came up with an idea to identify the 20 most common medications prescribed at DMH and using wording in layman terms, create laminated sheets identifying the reason for the medication and potential side effects.

The SEAL team’s impact doesn’t stop at the patient experience. They also work on the staff recognition program. Staff members can be nominated by patients or staff and each one is reviewed by SEAL team. Each month, one nominee is chosen to be recognized and their picture is placed on a communication board at DMH, the hospital newsletter and the local newspaper. The staff member receives a certificate of appreciation and gift certificate for meals in the cafeteria.

In November, DMH talked about the impact of this project on communication, accountability transparency and pride. Implementation of the SEAL team has led to increased involvement with staff to move the hospital’s strategies forward and significantly contributed to the accomplishment of measurable goals.